All the complicated transport-fuss is always the key issue for any tourist. This very article is a guide that will help our capital’s guests to figure out how the Moscow transport system actually works. Is it better to take a bus or to go by metro? What is the safest way to order a taxi? Our tip-review covers all matters concerning Moscow public transport! The most efficient transport in Moscow is definitely the Underground or, simply, Metro as locals call it. Avoiding disastrous traffic jams, you can quickly and easily reach any place you are heading to around the city.

Opening at about 5:30 am and closing at 1 am, Moscow Metro is a developed and highly effective transport system. The train movement intensity is high enough, with every train taking 90 seconds or even less (!) to replace the previous one during the day. It will take you about 3-5 minutes to get from one metro station to another.

The tickets can be easily bought at the very entrance to the Underground, costing only 55 rubles ($1). Maps of our famous Metro are easy to figure out. Moreover, by the beginning of the FIFA World Cup 2018, our Metro promises to be ready to meet new guests! Signs and landmarks in English in central stations of the Moscow Underground will help all our tourist easily find their way.

TIP! To admire the beauty of the Moscow Metro stations we advise that you take the metro between 10:00 am and 17:00 am on weekdays or any time on weekends. This way you will avoid the rush hours and have time to enjoy the fascinating architecture and mosaic of the stations. A comprehensive element of the city’s transport system is the Moscow Central Circle. It is a well-developed railway system that makes a big circle round the capital and is presented as a strawberry red doubled line on the metro map. However, due its somewhat complicated transition at some stations, we advise that you use the Metro instead. The metropolitan is surely the easiest and the cheapest way to move around Moscow. Besides, it doesn’t require any special knowledge of the city. The Taxi is another widespread transport in Moscow. Sometimes you might be too lazy to waist time figuring out how the Metro works or you need to go to a place beyond the underground’s reach. This is when a taxi can be very useful.

There are a lot of yellow taxi cars in our capital, but we insist that you use Yandex Taxi, Uber Taxi and Gett Taxi apps instead. You should download the app on your smartphone beforehand. It requires only the internet! The price will be shown on the screen as soon as you enter your destination spot. This way your journey will become safe and comfortable.

If you are only planning to visit our capital, make sure you order a taxi before arrival to Moscow. You can use a special function in the app and have your driver waiting for you at the airport with your nameplate. In order to uphold legality, we suggest that our guests avoid unplanned taxi use at the airport.
TIP! A taxi can become an easy and a very efficient transport if you take our advice into consideration. Download one of the three main apps: Yandex taxi, Gett taxi or Uber taxi, order your cab, wait for a few minutes and enjoy the ride!

Moscow Aeroexpress: from the airport and back 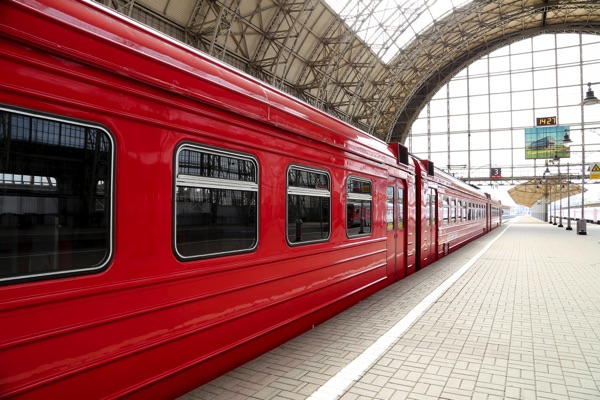 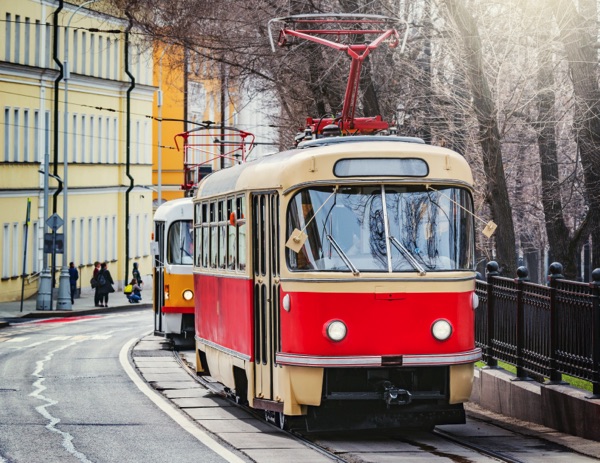 Another important branch of the Moscow transport system is the surface public transport. Trams, buses and trolley buses are very popular among the muscovites. However, the traffic in the Capital is unpredictable and due to this, surface transport is probably the least punctual of all. Besides, it requires knowledge of the routes! Nevertheless, the expats, for example, might definitely find Moscow surface public transport rather efficient.

For tourists who prefer journeys off the beaten track we suggest to use a fast-going modern train. There are 9 main railway stations in Moscow, 7 of which are very conveniently situated near the Circle Line metro stations. The trains run to other cities and you can easily take one to explore the Moscow Region, which is full of exciting sites, such as Segiev Posad – a historical gem full of churches and museums.

Cycling is popular all around the world and Russia is not an exception. Muscovites love spending warm sunny days outdoors on their bike. So if you are visiting our capital in the late spring or in summer, then a bike will suit you perfectly.
By the way, this year a huge range of sports event are being planned in Russia, so have a look at our sporting events calendar article!