The Most Bizarre Gifts from Russia

Looking for some extraordinary Russian souvenirs? Well, we’re ready to help you find some mind-blowing gifts for your family and friends. Some of them might seem pretty bizarre, but visitors tend to buy them with great pleasure. So Let’s have a look and see, where can we find some truly amazing souvenirs in Moscow and St. Petersburg. 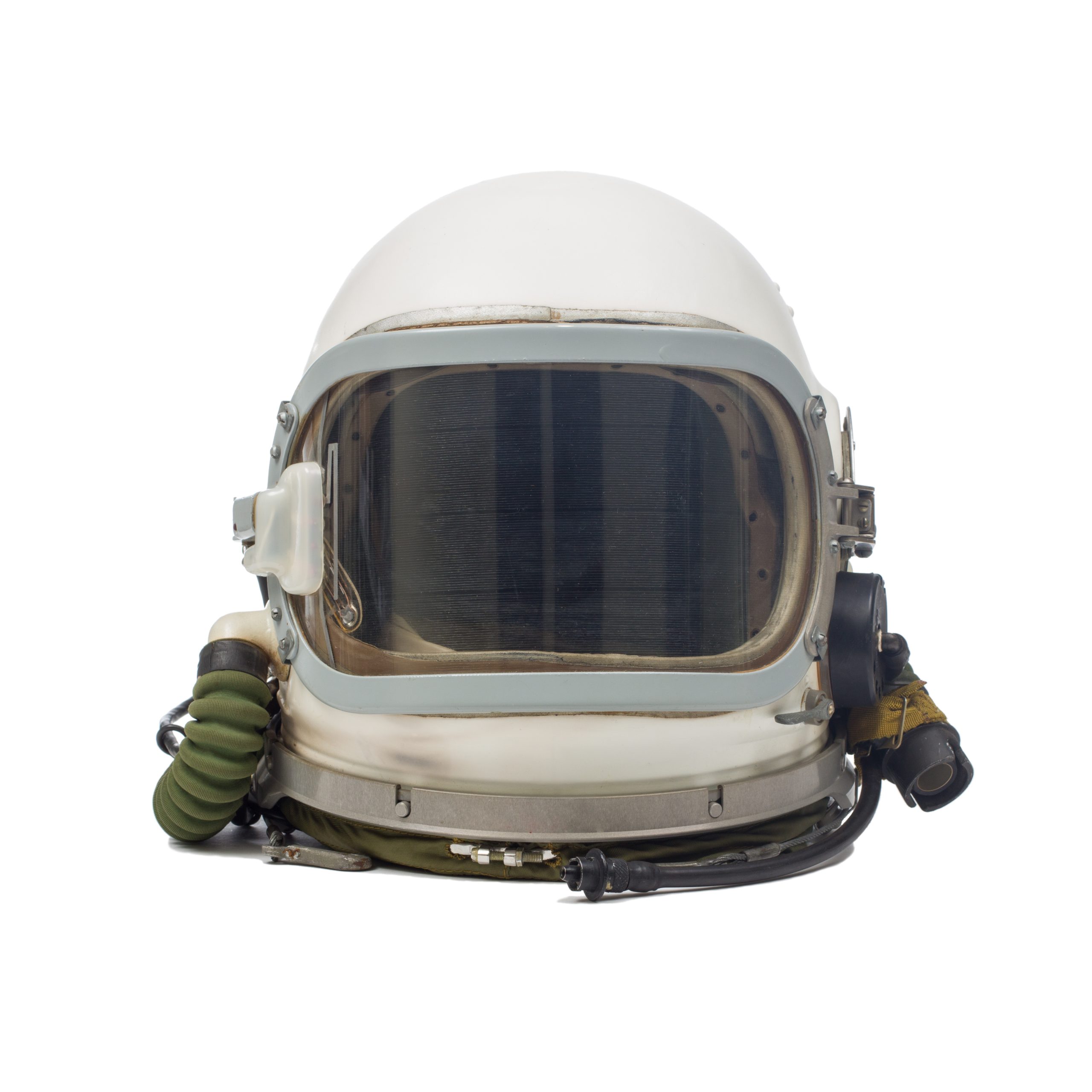 Russia is proud not only for being one of the few countries that launched its space program, but also for being first to send a man to space.

A few years ago tourists could actually see real cosmonaut helmets at open-air stands. Were they simply fake copies? Nope! The collapse of the Soviet Union was followed by the reduction of the army forces, which had also influenced the space programs. Many of the unused and outdated equipment hit the markets. Today, you will most probably find a real helmet at the Izmailovo Flea Market.

SK-1 space suit helmet is quite unique. Not only was it worn by Yuri Gagarin, the first man in Space, it has also an advantage in comparison to modern space suits – you can actually move your neck freely in it.

Also it doesn’t have a special coat that protects the eyes of a modern cosmonaut from solar radiation, but this is what makes it look awesome, and the “USSR” logo printed on most of these helmets, makes them an ideal choice for your shelf, filled with memorabilia from around the world!

Accomplishments in space development clearly show Russia’s global significance. Even today Russians stick to their traditions in spacecraft construction and cosmonaut training. Indeed the United States uses Russian “Soyuz” spacecraft to deliver their cargo to the International Space Station (ISS). At the Star City Moscow, Russian cosmonauts undergo their training – and now you can, too! It is currently open for tourists – first time since the Soviet Union collapse. Use this opportunity with our Star City Tour in Moscow to explore this former top-secret facility!

Would you like more ideas about Russian gifts for friends and family? Check this out: Best Russian Souvenirs for Men, Women and Children 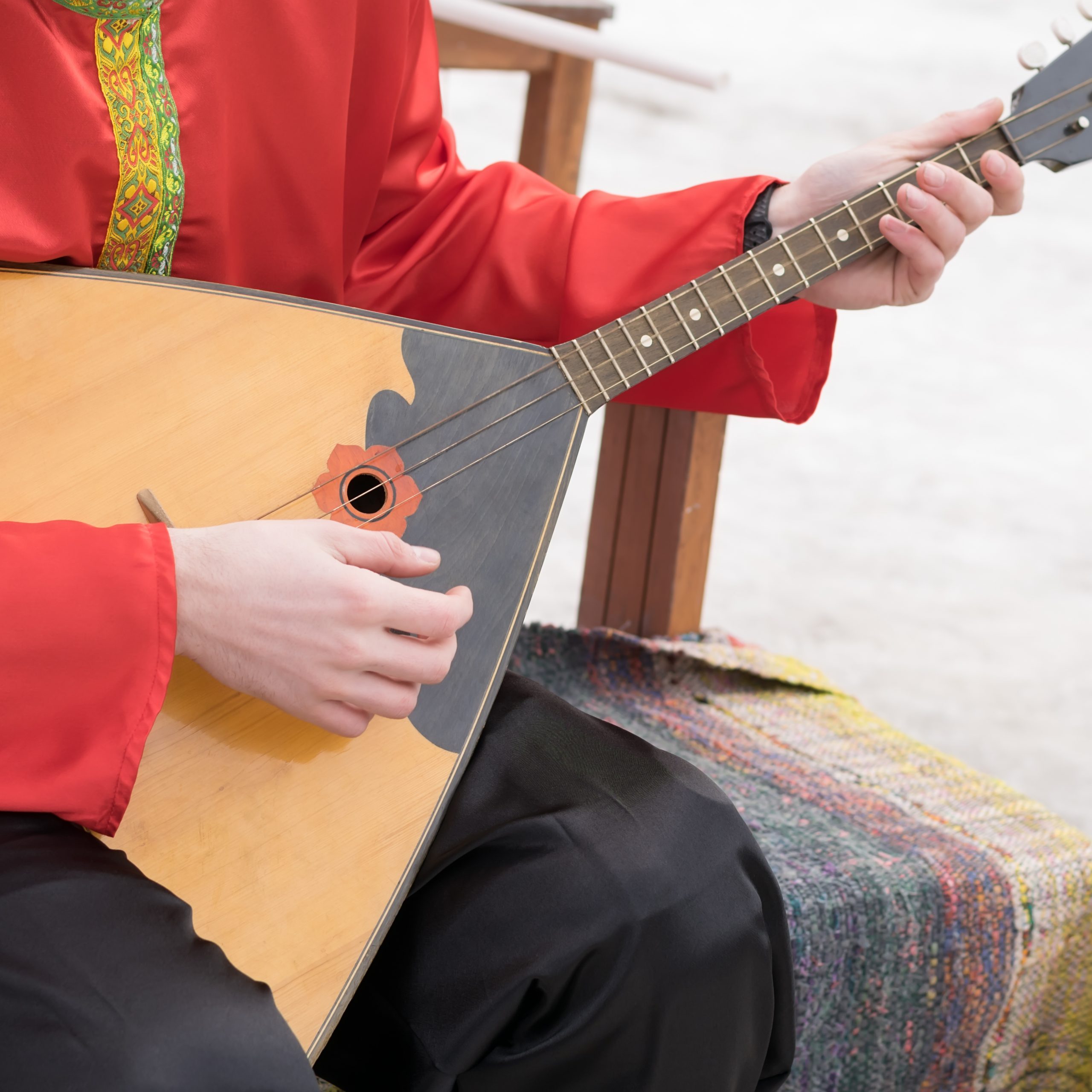 Medved, Vodka, Balalaika are probably the most common things that people say when you ask them “What do you associate with Russia?”. And the fun fact is that while everybody knows what a medved (bear) and vodka are, no one knows what on Earth a balalaika is. You have surely heard the word itself, and maybe you even know that it is a musical instrument, but what kind of instrument is it? What kind of music does it play?

Balalaika is a traditional Slavic stringed instrument. Its exact origin is unfortunately unknown. Some say that it had originated in Caucasus as a “dombra”, or in Mongolia as a “tophur”, and was later adopted by the Slavs, who had further improved it.

This is the main reason why the balalaika differs from other string instruments such as guitars, contrabasses and dombras.

If your aim is to surprise your boss with an unusual and a very useful gift, our next souvenir is definitely something you will want to buy. This purchase will surely satisfy even the fussiest boss! So what do you think it is? Its a gun! A gun? No, a giant 2.5 liter glass bottle of vodka shaped as an AK-47.

What can beat vodka in the challenge of Russianness? Only Russian weapons such as AK-47, which is the most famous and mass-produced rifle in the world.

Vodka itself is a perfect present, let alone vodka in an AK-47-shaped bottle. Cheers to the best boss, meanwhile we’re exploring some other weird Russian gifts. 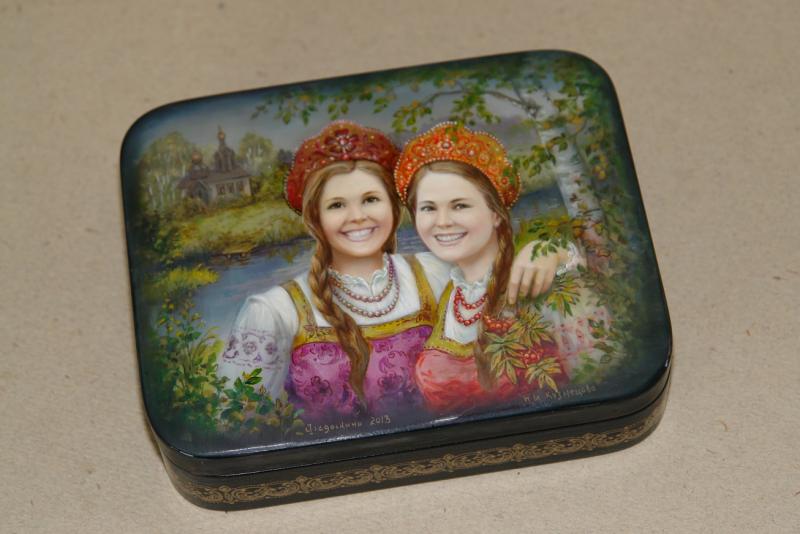 Well, this Russian souvenir isn’t as scary as the previous one. It is a far more positive gift, which will perfectly fit anyone. The Russian Lacquered Boxes are a popular souvenir from Russia. But do you know that it isn’t necessary to resort to classic paintings? You may put your own photo on the display!

Or bring it as a gift, with your whole family or friends painted on it in traditional Russian style! Very exotic.

Now behold – a Russian souvenir, which you probably haven’t even thought would exist – a burial (posthumous) mask of famous Russians.

Little known about burial rituals in Russia – a fulminate world full of mysteries and legends. Many famous Russians insisted on being buried in such a mask – Alexander Pushkin, Nikolay Gogol, Vladimir Mayakovskiy, and many more.

For some reason, Russian literature classics preferred to be buried in posthumous masks. You may not want to aim for a real mask but many copies are being sold in antique shops across Russia. Whilst taking one of our Moscow St. Petersburg tours, you can ask your guide to stop by in one of such shops – if you desire such a grim souvenir. Our guides are flexible and will deliver you the best experience you can get, it is absolutely not necessary to stick to a strict schedule. 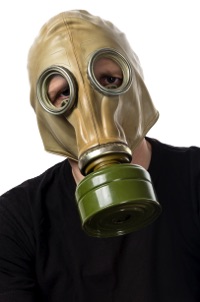 Soviet military got extremely popular since its unexpected triumph in WWII. First – out of fear, now – out of cult. Since the S.T.A.L.K.E.R computer game & book series came out in the West, this interest grew tremendously and continues to be a universal trend.

S.T.A.L.K.E.R. Universe features a sci-fi story in the modern settings – the alternative history of the Exclusion Zone in Chernobyl, modern Ukraine, not very far from its capital, Kiev. Yes, it is in the Ukraine – but it makes no big difference, because the series is about the Soviet legacy – common for all the republics of the former USSR. Russian-speaking guys run across radioactive wasteland, where time has stopped with Soviet-era equipment. Now wonders this became popular even in the West!

The gas masks you can see in this fiction are PT-5. And you may also get one for yourself in Russia. While going on one of our Moscow St. Petersburg Tours, you may notice these masks being sold in souvenir stores along the way. You don’t need any license to buy one, and you will have no problems with airport customs, while transporting it back home on a plane! (just make sure you declare it beforehand, to avoid unnecessary checks).