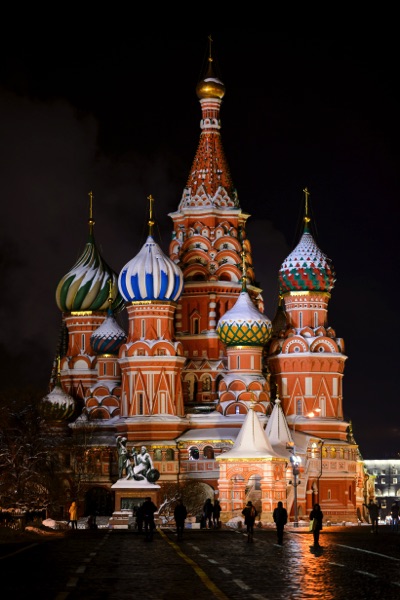 “The Cathedral of the Intercession of the Virgin by the Moat”, or the Saint Basil’s Cathedral how people call it is probably the most attractive and colorful building in Moscow. Possessing both incredible architecture and mysterious history, the church serves as one of the most popular tourist attractions and as a source of pride for all muscovites.

One of the most interesting places to visit in Moscow, Saint Basil’s Cathedral was built by Ivan the Terrible to celebrate seizure of the Kazan Khanate. The construction of the church comes to a period from 1555 to 1561. In fact, the cathedral consists of 9 different chapels surrounding one central church, eight of which are symbols of Ivan’s victories over the Tartars. The tenth church is more of a mausoleum. It was added later where Vasily (Basil) the Blessed, a “holy fool”, was buried.

What can you see in the inside this iconic Russian church? As soon as you step into the splendid cathedral, you will get struck by an unusual contrast, comparing to the facade. You will walk through narrow corridors and admire walls painted in Christian Orthodox motifs. Each little church has its own altar and we can insist on the church being an agglomerate of a mausoleum and nine different chapels. Some of the spectacular ceiling images of saints will give you a shivering feeling of their actual presence. 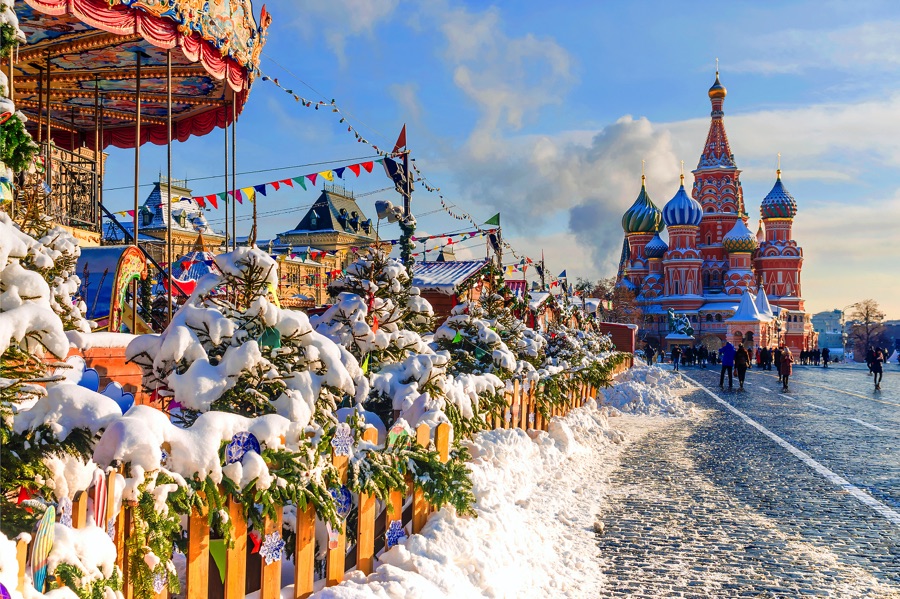 Where. Where is Basil Cathedral situated? On the south end of Red Square. Metro stations nearby are: Okhotny ryad, Teatralnaya and Ploshchad Revolyutsii.

The first Wednesday of the month — sanitary day. Out of service.

The ticket office and the territory shut down 45 minutes before the museum closes.

The museum might be closed during temperatures below -15С 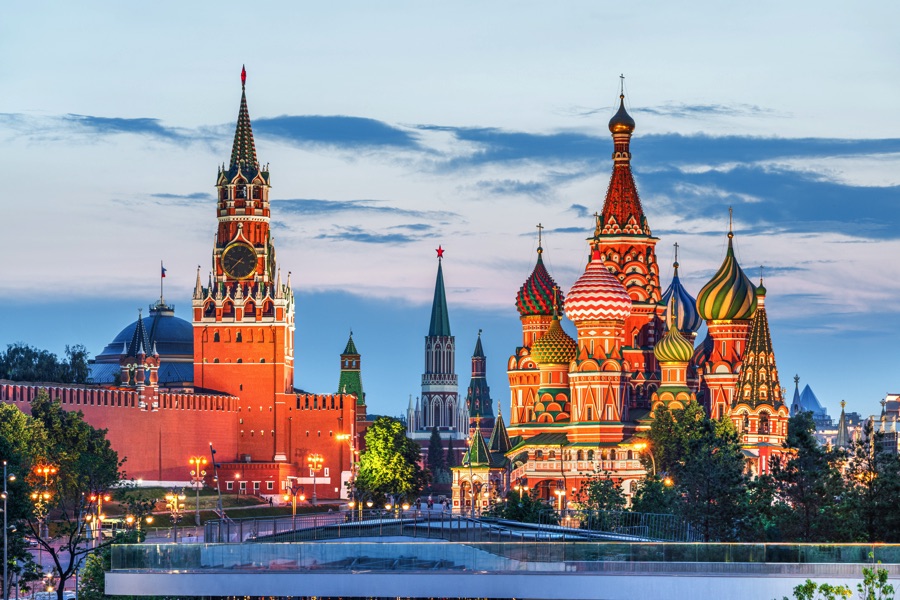 You will be able to attend this true miracle of architecture during one of the unforgettable Moscow tours. Our friendly Pradiz family welcomes guests from all over the world to admire Russian history, culture and hospitality. A private guide in Moscow will make your trip around the most interesting places in Russia absolutely stress-free and memorable. While doing sightseeing around Red Square, you will notice a colorful chapel with domes looking like delicious ice cream topping – mind popping inside to give your soul a tasty snack.