TOP 10 THINGS TO DO IN MURMANSK IN WINTER

What can be more romantic than whirls of snow behind the window of a cozy hotel?
– Right, going out and having a stroll along the white layers of crunchy ice crystals under the soft glow of the aurora borealis, also known as the northern lights. To experience these moments of winter magic head to Murmansk and the surrounding region, where apart from gazing at the Murmansk northern lights there are plenty things to do.

Here are ten valuable tips for a traveller to Murmansk in winter, the best time for northern lights on the Kola Peninsula.

Visit Murmansk, a city whose atmosphere is interlaced with the romance of the sea and joy of being ashore. It is everywhere from the monument “Alyosha” built to commemorate the soldiers, sailors, and airmen of World War II who fought for the USSR in the WW2, to Soviet-built Sailors’ House of Culture, an exquisite piece of architecture. Also to be visited are other major sea and navy related sites such as the  memorial to the seamen who died at peacetime, the first nuclear-powered surface ship “Lenin” converted into museum, memorial to the Cod, the region’s staple, on the Arctic’s largest city’s bustling city square.The city’s prime landmarks can be visited on Murmansk tours by Pradiz.

To some extent or another, all the city is somehow redolent of the crucial role the sea-access and navy played in making Russia what it is, an outward looking country who sees itself as one of the world powers.

See the aurora borealis, or northern lights. Best seen in the clear dark they often can be seen even in somewhat cloudy conditions and even in the large cities. The phenomenon is a unique mesh of green and red occurring in the sky and moving in a pattern resembling an intimate dance between the shades of divine subtlety.

The natural electrical phenomenon can be seen from as early as September till as late as April. Nevertheless keep in mind that to chase down the northern lights you have to be lucky and sometimes persistent.

3. Speed through zippy pistes in the Kola and snowboard a-la-russe 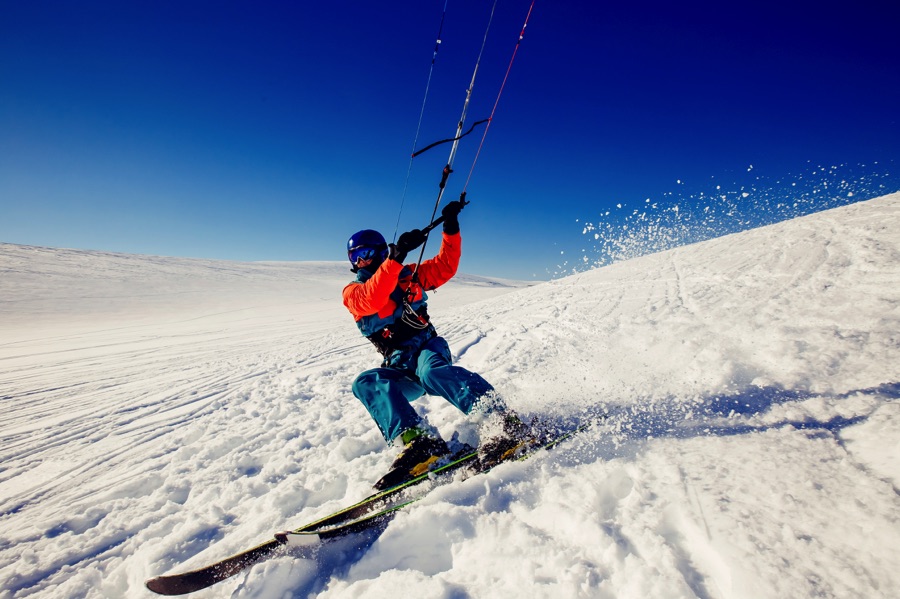 If eager to have more winter fun head to the suburbs for a host of winter-sports activities. Ride a snowmobile, can be rented at “the resort’s Safari Snowmobile Center”, go skiing, or ride a snowboard at the ski-resort “Ogni Murmanska”.

There, apart from comfortable hotel and impeccable service, you will find up to 1200 meters long ski-runs and top-notch infrastructure. You can engage in winter sports from 10 a.m. till 10 p.m. on weekends and holidays, and from midday till 10 p.m. on other days.

Note: you can ask Pradiz to organize the tour of the ski-resort.

4. Ride dog-sled on across the pristine expanses of pristine Tundra 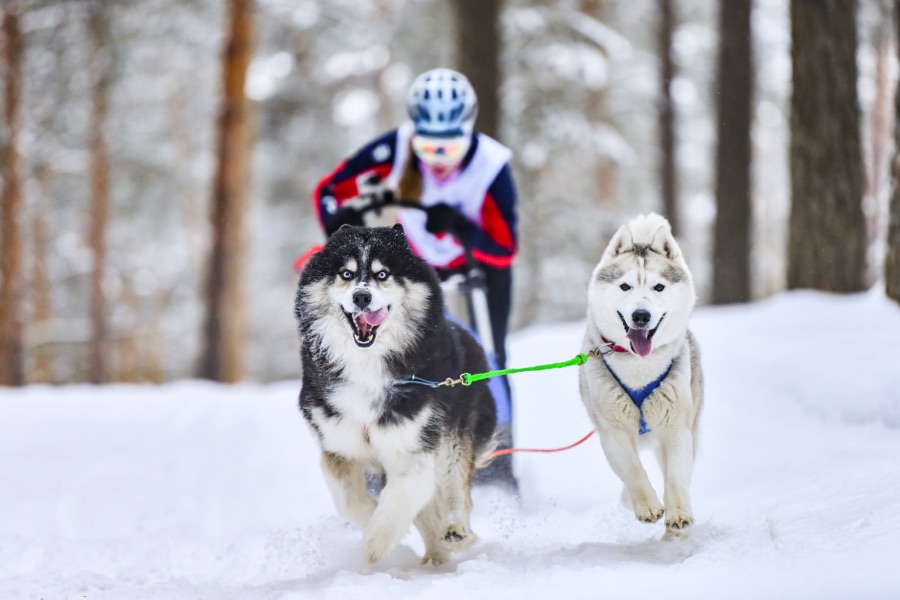 There are many ways to enjoy your holidays far outside Murmansk, all over across the vast expanses of primeval Tundra, but if a bit tight with time head for a truly Russian experience near the city center at “the Husky Farm Ulybka Alyaski”. There you can go husky-sledding enjoying the fresh frosty air nibbling at your face, and hear stories about the dogs pulling the sleds, their achievements, and canine good fortunes and vicissitudes of life.

To receive information about the Husky Farm follow this link, which is regrettably in Russian only.

Note: you can ask Pradiz to arrange for the tour of the farm.

5. Meet the Sami, the nomadic maribout herders of the North 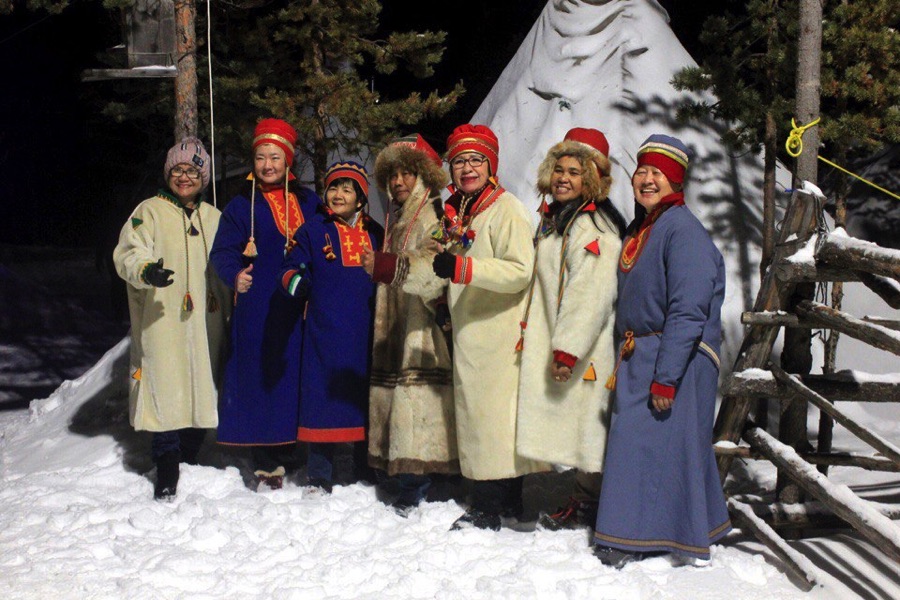 If keen on venturing far outside the city visit the Sami village. These people are nomadic herders of caribou, hunters of sea animals, and fishermen. They speak their unique Finno-Ugric language and possess culture formed across-borders, largely different from that of sedentary Russians.

You can see their ways, often formed outside of the Russian state’s orbit on the vast swathes of Tundra, and also taste their delicious cuisine. For other authentic Arctic experiences go dog-sledding, have photos of yourself in Sami national dresses taken, and feed the exotic animals, such as Arctic foxes.

Note that this experience has been included by Pradiz in its Murmansk Aurora borealis Tour, one of the best northern lights tours on offer.

6. See the end of the world on your trip to a Pomory village Teriberka 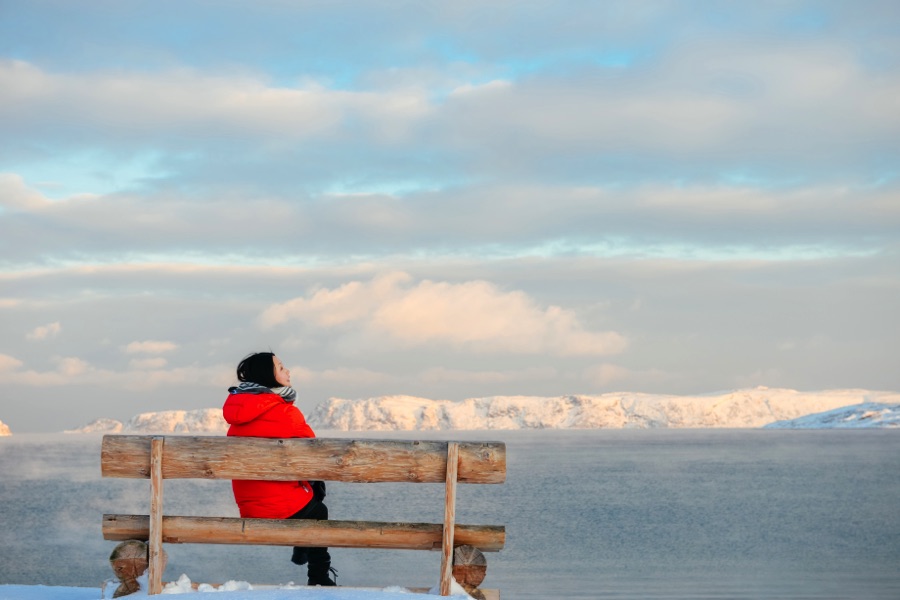 Once you started the anthropological research of the region head to Teriberka, a far-flung Pomory village on the edge of the world, and one of the best places to see the northern lights. It verges on the Arctic ocean where you can see the horizon stretching limitlessly through North America forward.

Eat lunch a-la-Kola at the oceanfront with a piece of Teriberka cake and just-cooked sandwiches followed by hot tea. Also visit the peninsula’s earliest weather station and other facilities to witness the pieces of civilization among the untamed nature of the land.

7. See one of Arctic most scenic mountain ranges, the Khibiny

Visit the Khibiny Mountains. The mountain range is a unique natural blend of lakes, waterfalls and mountains. In winter, it is beloved by locals for skiing opportunities and unique climate.

The region’s unofficial capital, Kirovsk is encircled by mountains. It ponders to the most demanding of tastes and offers a unique glimpse of Soviet architecture.

Downhill ski bases are situated in the town’s vicinity, possessing good infrastructure and phone signal. There are snow routes in mountains Aikuavenchorr and Kukisvumcho, apart from many other less well known pistes.

If in the Khibiny make for the Ice-Sculptures  exhibition at Ice Sculpture Gallery in Apatiti.

There you can see the Russian winter imagery in all its entirety where the grotesque ice forms mingle with fascinating beauties that can appear only in Russian winter.

Otherwise Apatiti is a perfect example of Soviet provincial architecture with its name derived from the name of a mineral apatite, extracted in the area.

It is located near a picture-perfect lake Imandra, the locals’ favorite fishing place, which is stunning in winter.

9. Meet the real-life incarnations of symbols of Russian winter

When coming to Russia in winter you should know just two people. Father Christmas’s Russian counterpart, Ded Moroz, and his, former USSR-only, confidante and female companion, Snegurochka. They give presents to all adults and kids alike, and are well beloved as the true masters of Russian winter.

They are officially invited to houses at the New Year but the ded’s rotund rubicund face and his companion’s fine-featured noble pale visage can be witnessed throughout the winter period. To acquaintance yourself with them, gatecrash a New Year Eve’s party or go to a restaurant where it is celebrated.

If a little bit early or late invite them to your place or any other venue via Pradiz.

10. Relish the juicy taste of the Russian winter on open snow

Arguably the most Russian thing there is, without experiencing which your concept of Russia will be deeply flawed, is cooking marinated meat on skewers over open fire in winter.

Wrap up well, get a mangal, a middle eastern barbecue widely popular in former Soviet Union, and head outside. Don’t forget to buy meat most to your taste and soak it in a marinade with Central Asian spices. Light up, and wait patiently till the juicy slightly crusted meat is ready to eat.

Enjoy, now you are truly Russian.

In winter from the top of the Kola with its outlying Pomory Teriberka village up to the
Arctic’s metropolis, Murmansk, you will notice the same scheme of things; pristine
nature, scarce but super-friendly population, and an abundance of snow; all this under
the tender glow of the aurora borealis, or northern lights the main reason, though not
the only one, people travel to Arctic in winter for.

You may find this interesting: