TOP 5 PLACES TO VISIT IN RUSSIA IN WINTER

Russia stretches across almost the whole length of Northern Eurasia and encompasses regions as diverse culturally and climatically as it can get. To get a sense of the true Russia travel to Russia in winter, when you can get the one-of-its-kind Russian winter magic feel and the disparateness of Russian regions is highlighted by drastically different winter weather conditions, depending on the region. Check out our expert tips on where its best to explore Russia in winter, so dissimilar so authentic. Our top 5 places to visit in Russia in winter are:

Explore the Russian Orient on Your Lake Baikal Private Tour 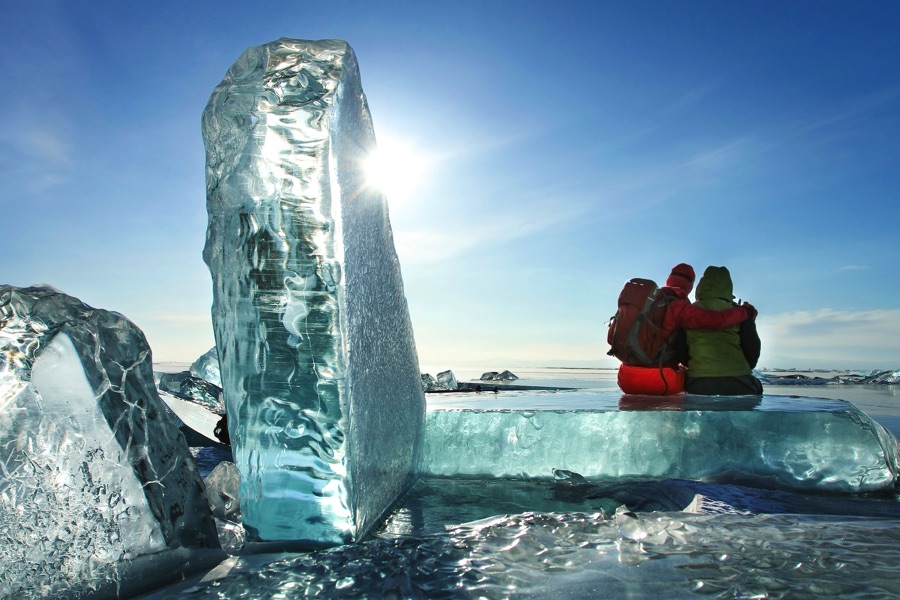 To sense the Oriental charm of Siberia head first to Irkutsk, a hub for travellers on Baikal Lake. From there make it to the lake. Most people do on their Lake Baikal private tour two main tourist sites: Listvyanka and Olkhon Island luring most of the tourists due to their good infrastructure and renown among seasoned travellers. If Listvyanka is a calm place of retreat for the city dwellers tired of the bustling urban routine, yearning for a bit of pristine nature and tranquility, Olkhon Island is a revered Buddhist site and much popular place of pilgrimage.

On your Olkhon Island tour you can both unveil the energetic atmosphere of small but cozy Khuzhir, and more somnolent Buddhist villages, full of their own local shamanic rites and one-of-their kind dances. Enjoy lake Baikal winter rides on hovercraft, dogsleds, snow-and-ice bikes, and many more right across the lake’s frozen surface. 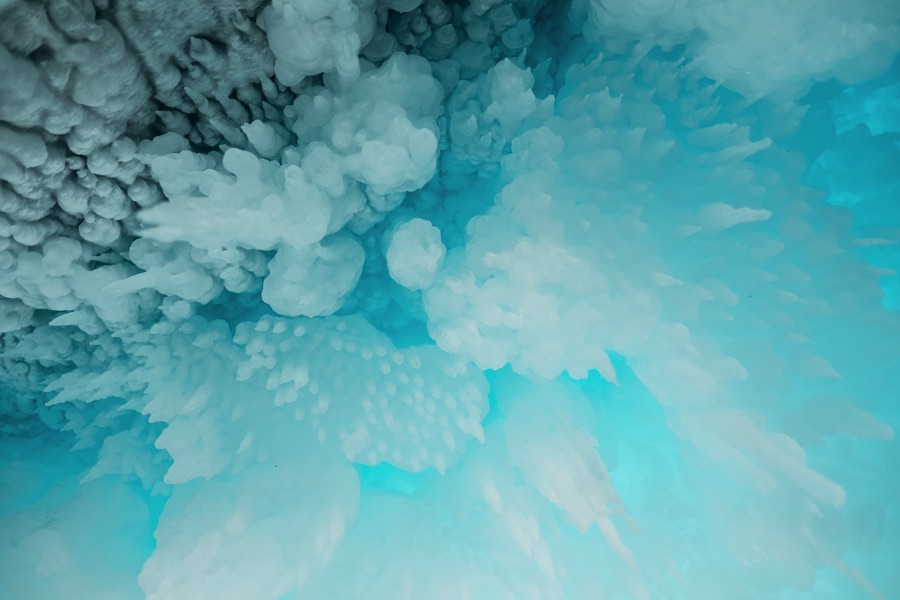 Also possible during your visit to Siberia are visits to less mainstream sites, which are even though located around the lake, at far distances from each other, are easier to hit in winter. In short, Baikal is a perfect place for a New Year communion with nature, complete with delicious Buryat food, such as Bukhler, a lamb bone soup, and Buuzy, meat-filled Buryat dumplings.

Visit Sochi, the pearl of the Russian South 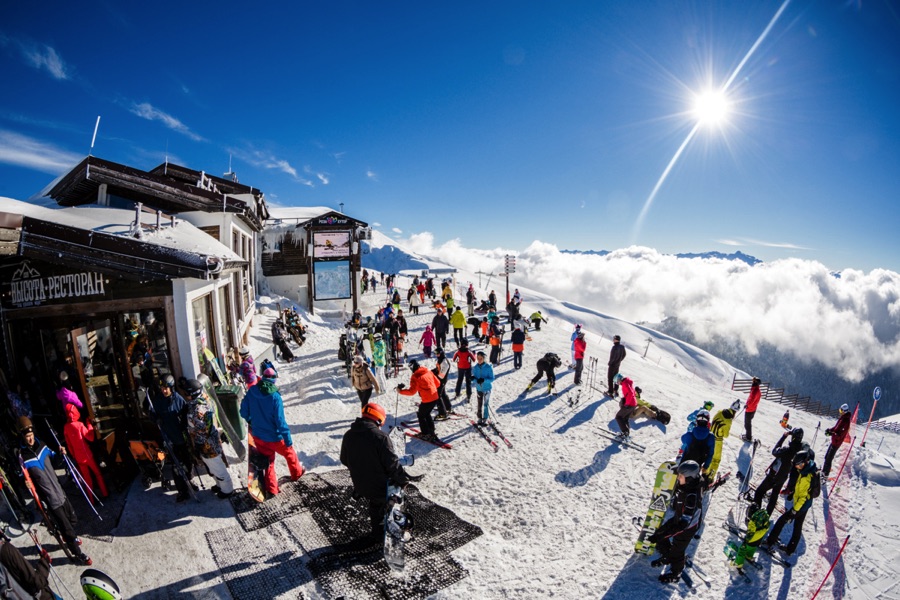 Visit the Russian North Caucasus with a start in Sochi, the swanky beach destination and the Olympic capital of Russia situated near one of Europe’s most modern ski resorts. There the relaxed and chic ambiance of Russia’s main seaside resort, dolled up significantly for the Olympics, is mingled with the subtle odors of the Caucasus; those of roasting spiced up meat and cypresses. It is probably best to visit in winter with the wind rustling in the palms, and the luring black of the sea set against the snow-covered expanses of subtropical flora and the rising peaks of the Caucasus, where located are some of the country’s zippiest ski pistes. To uncover all the richness of the surrounding mountains head to the mountains where you will come to view the accommodating splendor of Krasnaya Polyana tour, and can have your adrenalin levels sky-rocket when doing bungee-jumping at the Sky-Park, a group state-of-the art extreme sports facilities, in a setting of pristine mountain forest.

Sochi is a nice place to see in combination with your Moscow visit, the country’s kinetic capital. If the Oriental peace and calm and the thrill of the high altitude above the glistening somber winter sea are not enough, visit Moscow, the bonanza of lights and sounds and Europe’s second largest city.

Moscow is the dynamic capital of what is seen as one of the world’s most resource rich countries, both human and natural. It is here that you see the quintessence of this wealth; beautiful Moscovites wearing and driving some of the world’s most high-end clothes and cars. In Moscow winter is a never ending lavish feast mixed with the pious magic of golden-domed churches. It is lit with a multitude of lights, everything is illuminated, and the sky glimmers back with the magical rain of fireworks. 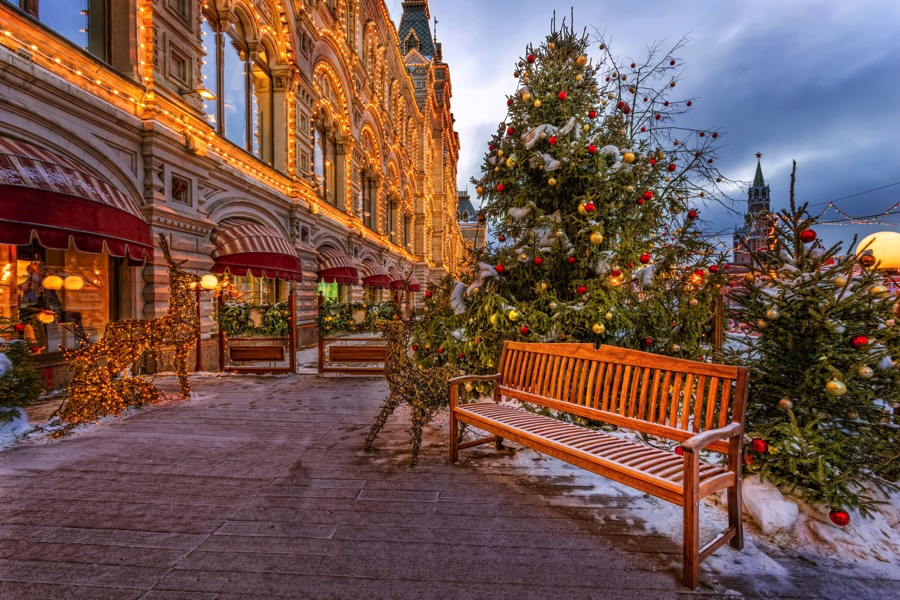 Visit the abundant cultural heritage the city possesses and enjoy the city’s favorite pastime: speedy ice-skating in the city’s parks and squares, including the main one on Red Square. There also can be spotted a traditional Russian Christmas fair offering a glimpse into the commercial past of this historically merchant city. Not to be missed a visits to the Kremlin Grounds, where some of Russia’s tsars are buried and whose treasures would have made envious even the most fastidious and well-heeled of the Indian rajahs and Middle Eastern emirs.

Not to be left out is a string of destinations outside Moscow, collectively known as the Golden Ring. There you can unveil the exquisite beauty of snow-blanketed old Russian poppy-crowned and often multicolored churches and monasteries; the somnolent laid-back routine of the Russian periphery, just hours away from Moscow. Pop to Zvenigorod on your way, one of the town exuding pious benevolence of old Moscovite towns.

Unveil the Beauty of the Imperial Capital of Russia, St. Petersburg 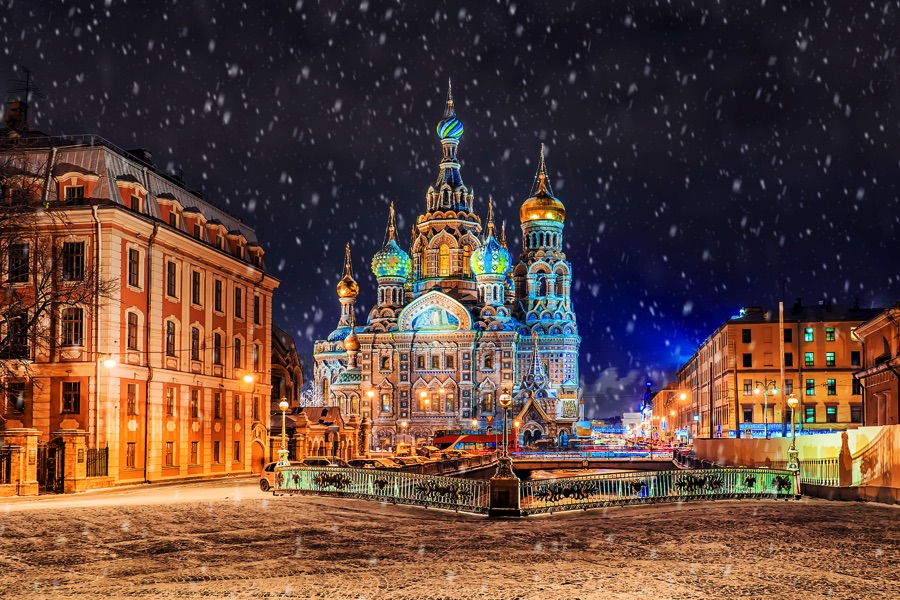 Another place worthy of your presence is St. Petersburg, Moscow’s younger brother whose imperial grandeur and culture and literary repute, nevertheless, often outshines its sibling’s one. Winter there, its vast avenues and squares covered in snow, underscores its grand scale, which dwarfs you down.

There European-like canals and straight avenues substitute Moscow soporific maze of winding lanes, and spires replaced the gold of the domes, the former being all the more shiny in clear and bright Russian winter.

Uncover the vast heritage of Russian tsars and the city’s magnificent religious sites, an unrivalled Samarkand Amir Timur Tomb the gem of the sort, on one of your city center tours by Pradiz, and have a look into the open-air museums the Russian royals’ palaces are. Visit the Christmas’ fairs, ballet performances and enjoy youthful vibrant nightlife before going to the stunning suburbs, for example on Pradiz Peterhof tour, where once again you may be smitten, flabbergasted by the sheer effort put into erecting the Russian autocracy’s front. The last place is the hidden gem of the Russian cities, Murmansk, once too often overlooked and now more and more coming into focus of the demanding travel connoisseur or a natural phenomena amateur. It is in this vibrant and youthful city that you can see the graceful ecstasy of color and movement, the aurora borealis.

Even though a mere toddler by the Russian standards, Murmansk is Arctic’s largest. Apart from that engage in riding ATV or dogsleds, go skiing and ice-skate on the city’s great array of winter sports facilities. Really worth visiting is a ski-resort located on the outskirts of the city, called Ogni Murmanska at ulitsa Furmanova 11.

Even though winter is cold in the Russian North, Murmansk is washed by Golf Stream and its port, Russia’s fourth largest, is ice free. Aurora borealis, warming climate make Russian Arctic an ever more popular region, but Murmansk is rapidly deservedly catching up. 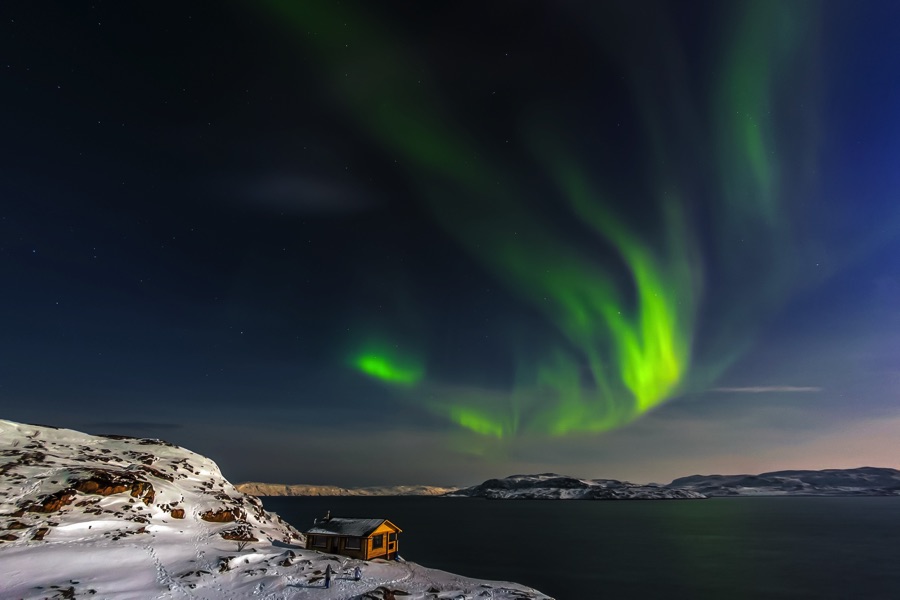 What can be a more eye-riveting vision then New Year’s fireworks with Murmansk northern lights on the background; a true cornucopia of jollity and light.

The five cities have been offered as best to visit in winter to uncover the unique spirit of Russia. They differ from each other; Baikal possesses Eastern calm, South stuns with its dashing vim, and the North, along with the two capitals, often reveals its placid, almost stolid, wisdom, sometimes foiled by Slavic, often passionate, determination. Russian nature dazzles, and its cultural heritage underscores the long way through which Russian culture and its warm hospitality have formed.