Unveil the Oriental glamour of Kazan city, the metropolis of the steppes 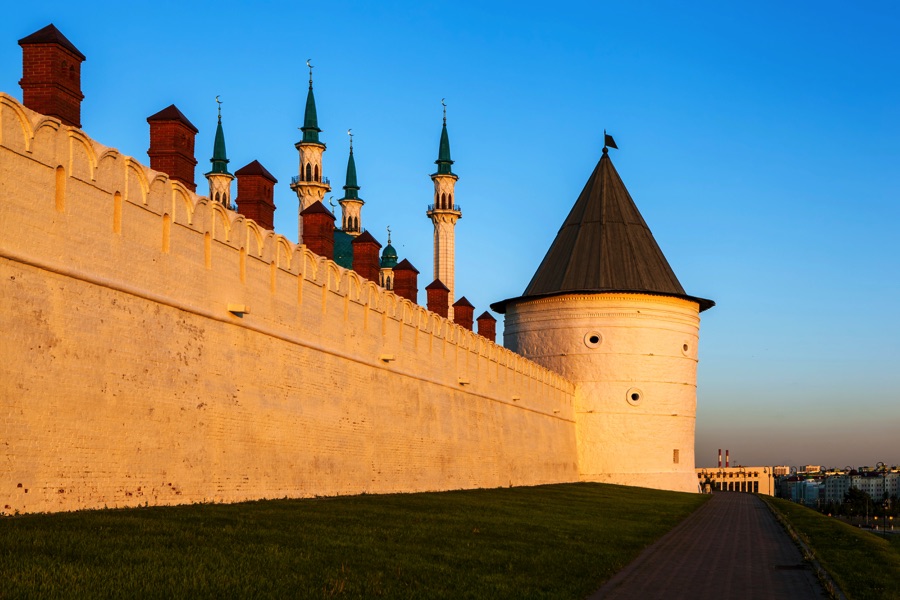 Uncover amazing Kazan on walking and driving Kazan city tour with Kremlin visit, a veritable city within the city. Kazan is a multinational metropolis on the banks of the Volga, Russia’s mightiest river linking the Caspian with most of the Russian major cities. The jambalaya of its architecture is only matched by the diversity of its food and culture. The culture life never stops to amaze and its streets are a bustling mélange of the East and the West.

On your sightseeing Kazan tour you will hit the Kremlin, with a visit to Kul Sharif Mosque and Blagoveschenskiy Cathedral, see the Old Tatar sloboda, The City Hall, Al-Marjani, the city’s oldest mosque, the ultra-modern Universiade sporting facilities, Kazan University, Bogoroditskiy Monastery,  and come to grips with the city’s history. Make your Kazan trip memorable and exciting with expert Kazan tour guides and Russian Tour Operator Pradiz. Kazan tours and Sightseeing in general can be a lot of fun and can take a lot of time. Going on Kazan and Kremlin sightseeing tour during your trip to Kazan means seeing and visiting most of the prime landmarks without spending much time.

On this great walking and driving Kazan sightseeing tour you will uncover the premises of the majestic Kazan Kremlin, built on what used to be the grounds of the Khan’s palace. There you can sense the Russian interlaced with the Oriental. On your visit to the Kazan Kremlin you will also pay a visit to the Qul Sharif and Blagoveschensky Cathedral.

Apart from this walking part of the tour you will drive around the city to do a lot of sightseeing! On the menu are an unforgettable potpourri of the Orient and Occident, from the oldest mosque to the futuristic Universiade sports facilities.

Unveil the grand Alexandrovsky Passage, one of the city’s first department stores, from its inauguration in late 19th century fitted with an elevator and electric lights. Marvel at the beauty of the Kremlin, with its slender leaning Khan’s mosque tower, with an inclination estimated at 194 centimetres. Rejoice in the beauty of the famous Kazan Khans’ mausoleum, where old rulers of the land rest, and gaze at Blagoveschinskiy Cathedral, a place much revered by the local Orthodox community. Also don’t miss out on Kul Sharif Mosque, the postcard site of the city. 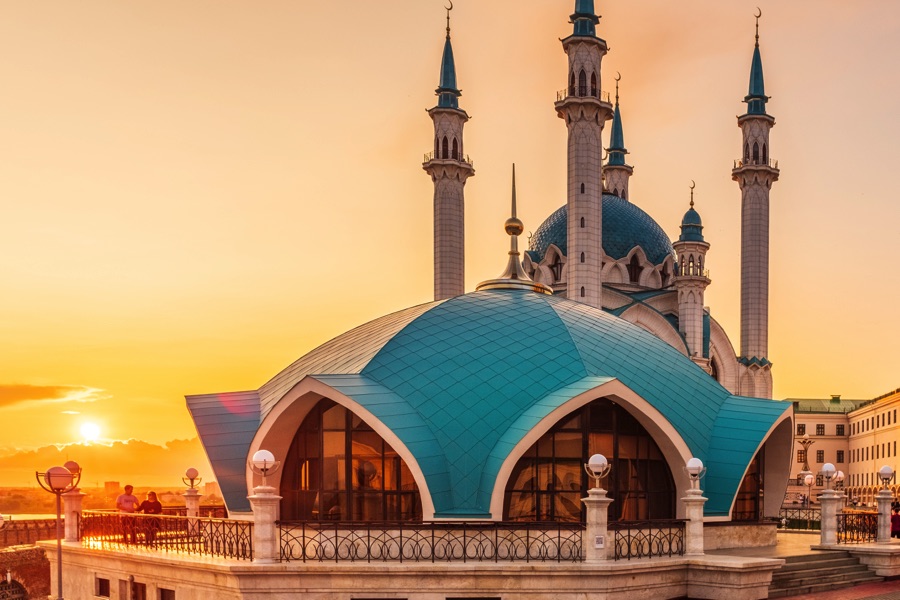 Kazan is a repository of stories, and other pieces of knowledge shedding light onto the history of this unique region. To have an insight into the cultural heritage of the city you will be able to see the former residence of the famous Russian writer Vasilii Aksenov, now turned into a museum. Cast a glance at Ushakov House, now the city’s library, and a place beloved by locals for its exquisite beauty. Look at the imposing Kazan University, the heart and brain of the Republic of Tatarstan, Islamic Culture Museum, a window onto the role played by the majority’s religion and National Museum of the Republic of Tatarstan, dedicated to Tatar history and archaeology, and many more. Also you will be plied with the expert narrative on the region’s past by our expert guide.

Also to be seen are places of worship such as Kazan’s oldest mosque, the beauteous Marjani Mosque, and brick-laid Nurullah Mosque with a graceful minaret. Or the beautiful yellow and green Nurullah Mosque and golden-domed Bogoroditskiy Monastery, a functioning monastery surrounded by majestic churches and pristine nature. Also on the way you will see the futuristic Universiade facilities, Arms’ Museum, Tatar Ballet and Opera Theatre, G. Kamal Theatre, the Black Lake Park, a piece of greenery with picturesque ponds amid the frenetic urban life, and the Qazan family center, which was built to resemble the qazan, famous Turkic cooking pot, a metaphor for the amalgamation of cultures on which Kazan has been built.

This informative Kazan sightseeing tour allows you to take pleasure in the glorious past eternalized in the scenic setting of the Kremlin, the last abode of the once terror-inspiring Tatar khans, built by the Russian Tsar Ivan the Terrible, the conqueror of the land. Take the Kazan and Kremlin Tour to revel in the beauty and grace of its many eye-pleasing places of worship, the gob-smacking views of the great Volga and Kama, the city’s two rivers, un-spoilt vegetation of its park and gardens. Or to enjoy this rich in history city’s many museums and galleries, and the unique Eastern hospitality blended with the Russian charm and joviality.

Note that the hotel transfer is priced in, whilst the Kremlin tickets are not included. Contact Russian Tour Operator Pradiz, for more information on what to do in Kazan and follow us on Pradiz Lounge.

Kazan city tour is the best option for those who are willing to discover Kazan in comfort and tranquility on their multi-day tours in Russia without spending much time.