Discover Kazan, the Istanbul of the Steppes, illuminated by a multitude of lights 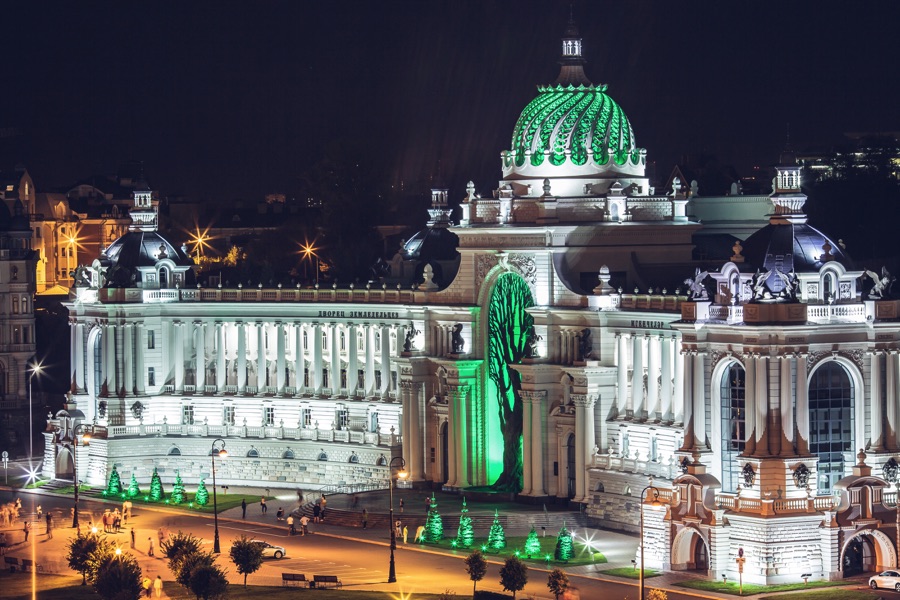 During your 2-hour Kazan driving and walking night sightseeing tour, you will uncover the majestic splendor of Kazan, the capital of the Republic of Tatarstan lit up by the scenic glow of its lights, accompanied by an expert Kazan tour guide. The city’s architecture blends the Russian and the Oriental whilst its natural surroundings amaze with the vastness of its rivers and luxuriant greenery of its parks. Succumb to the nocturnal beauty of this nonpareil oasis of warmth and hospitality set between Russia’s two great rivers in the midst of the wild steppe.

On your night tour of Kazan city you will see the city’s prime landmarks. On the menu are the Kremlin of Kazan, the city’s atmospheric embankments, famous Ushkova House, Black Lake Park, Gorky Park, and many more. You will be able to acquaint yourself with the history of the city, for example that of a much venerated icon “Our Lady of Kazan”, regarded as miraculous.

Your Kazan trip will be both informative and exciting on Kazan tours, by Russian Tour Operator Pradiz. 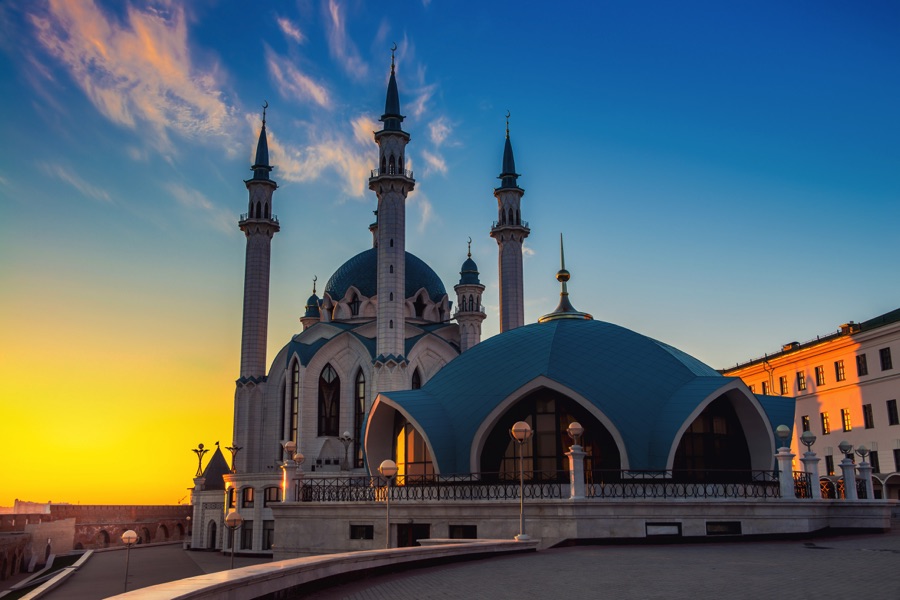 There are a lot of things to do in Kazan and one of the best ways to explore the city in a short period of time is to take sightseeing Kazan tours by all-Russia and Kazan Travel Agency Pradiz. Go on a 2-hour night Kazan Tour through the city center scattered with its pre-revolutionary Russian buildings and examples of the Volga Tatar architecture, all this illuminated by the magic light of the Volga region capital.

On your walking and driving night Kazan tour you will see the city lit by the myriad of lights: the Kazan University, the Volga region’s rich repository of knowledge; the grand genuinely Western Russian facades of one of the city’s main thoroughfares Bauman Street contrasting with the tranquil drowsy charm of the painted wooden exteriors of the Old Tatar quarter.

Kazan is not only a potpourri of architectural styles and building techniques. It is also one of the spiritual centers of Russia, where Islam and Christianity have co-existed in harmony for more then half a millennium.

On your Kazan trip you will see and get information about Bogoroditsky Monastery (Bogoroditsk Monastery), a place from where the Our Lady of Kazan icon is believed to originate and will witness the placid magnificence of the Kul Sharif Mosque, overlooking the city.

Uncover the majesty of Kazan urban setting during a walk over the Palace Square, where lies the Palace of Farmers, or revel in the beauty of the city’s landscape walking along the Kremlin Embankment, a scenic walkway washed by the city’s mighty river; in winter the prom is Europe’s longest ice rink and in summer a place for outdoor sporting activities.

See the Tugan Avalym hamlet done out in the old Tatar style to have a look at traditional Tatar architecture. It sits beside the monument to the Ocpocmaq, a triangular pastry, filled with mincemeat, and usually eaten with bouillon and tea. Kazan just like the rest of Central Asia is a gastronomical idyll, so food is revered everywhere in all ways possible.

This reverence is traceable in the design of Chasa Qazan, another point on the tour’s itinerary, the city’s one-of-its kind Family Center, beautifully lit purple at night. It replicates the outlines of the Tatar and other Turkic peoples’ cooking pot qazan, from which the city derives its name.

Marvel at the exquisite beauty of Ushkova’s House façade. The old structure housing the Tatarstan National Library dates back to the early 20th century when several older structures were amalgamated into a residence with glamorous art nouveau interiors. It is beloved by the locals as one of the most Kazan locations, and is one of the architectural symbols of the city.

The tour enables you to see in all its entirety the city’s mix of the Old Orient with the modernity of its new somewhat futuristic structures, such as sports facilities built specially for the Kazan Universiade.

Your Kazan tour will provide you with unforgettable moments, allow you to understand the close bonds between Russian West and East and the country’s past and present. It will suffice your stay in Kazan with color, joy and other positive feelings!

Contact Russian Tour Operator Pradiz, one of the best organizers of sightseeing trips and multiday tours in Russia, for Russia tips or any assistance in your travels.