Saint Petersburg in a Day from Moscow

Enjoy a one day tour from Moscow to St. Petersburg, one of the best places where to go from Moscow! 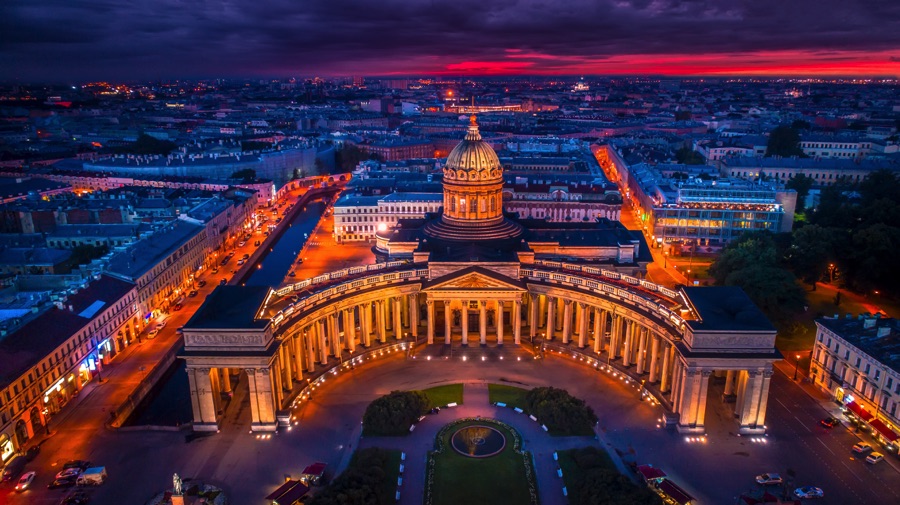 St. Petersburg is Russia’s second largest city and its cultural capital. Speed through the somnolent Russian countryside in the luxury of your high-speed Sapsan train. Contemplate the scenic tranquil landscape, dotted with wooden Russian huts and eye-pleasing Russian churches.

Upon arrival in St. Petersburg uncover this architectural treasure trove of Europe. Its canals made it known as the Venice of the North, and the buildings on their sides are a pleasure to behold. The Muscovite and Old Russian domes are replaced by spires, winding lanes and the Boulevard ring with straight avenues; the abundance of the architectural landmarks are only matched by a great number of leafy parks, modern recreational areas, shops and shopping malls, and abundance of food from all over the world.

After taking in St. Petersburg in all its diversity head back to Moscow for your supper in your comfy zippy railway carriage.

The start of our one day in St. Petersburg tour is at the Leningradskiy Railway Station in Moscow. After a fast train ride to St. Petersburg, you will be immersed into the atmosphere of comfort to uncover one of the world’s most picturesque and romantic cities. 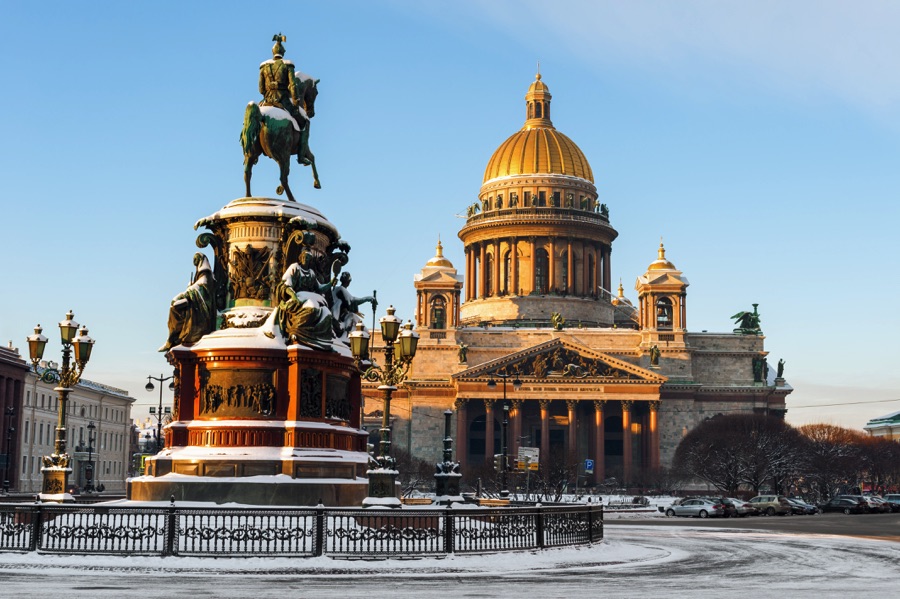 Apart from ballet, white nights, and exciting history, the city is known worldwide for its architecture. Your touring day will start with city driving tour. Succumb to the beauty of the bustling Nevsky Prospekt, the geometric city’s main street and its heart. Uncover the splendor of vast Palace Square with the breath-taking vista of the mighty whirling Neva and one of the world’s largest museums, the Hermitage. Also on the driving tour you will see the Eliseev Store, a byword for abundance of fancy food and opulence, one of the world’s best theatres, the Vasilievsky Island’s spit, one of the city’s best points to take photos, offering panoramic view, Rostral Columns, Bronze Horseman, and many more. Also on the menu is a visit to the Kazan Cathedral. After that you are scheduled the day’s second touring experience: namely, Spilled Blood Church Tour. Once a royal family’s chapel, built on the place of the murder of Alexander II, now it is a museum housing one of the world’s best and most extensive mosaic collections. On its façade can be spotted the emblems of all the region’s of the Russian Empire and the scenes from the New Testament.

What follows is the tour of Peter and Paul Fortress. Once the notorious prison for the political prisoners most dangerous to the Russian Autocracy and the successive governments, now it is the city’s main landmark. Here were incarcerated F. Dostoevsky, L. Trotzky, B. Tito and many others. Also the site is the city’s historical kernel; home to a host of historically significant locations, such as St. Petersburg’s Mint, and a burial place for most of the Romanovs who ruled the Russian empire from the city. One of the city’s few beaches curls around the fortress, and offers a gob-smacking panorama of the city.

Next you will get to the railway station and the train ride to Moscow, the dynamic capital of Russia. The one day tour from Moscow to St. Petersburg has ended, a great experience for the Russia travel packages.

On your one day tour from Moscow to St. Petersburg you will combine pleasant car rides with leisurely strolls through one of the most European cities. If visiting Russia in winter, enjoy the ice-laden Neva; it is even possible to venture onto the ice if it sufficiently cold outside. If in summer, bask in the sun walking amid the beauteous surroundings, and enjoy its welcoming pieces of greenery. Autumn is the most St. Petersburg of the seasons with its yellow leafage and is most beloved by some of the city’s most faithful admirers. Spring is a feast of Nature reawakening which emphasizes St. Petersburg’s youthful charm.